Well, it has been busy. October through February seems to be the busiest times of the year, then it dies down again until it begins to build steam around September. It’s been busy here, but more for the fact that I have work and then most of my free time is riding, buying more shavings/food/vet bills for the horse, blogging, and getting errands and phone calls and everything else done that I couldn’t while I was at work.

So, because it is busy, next week you may not hear from me much. It’ll be getting darker sooner, and people at the office will be gone, so I have the 10 hour shift for 4 days in a row. But, that means 3 day weekend so yay. It’ll also work out since Amber had injections yesterday. 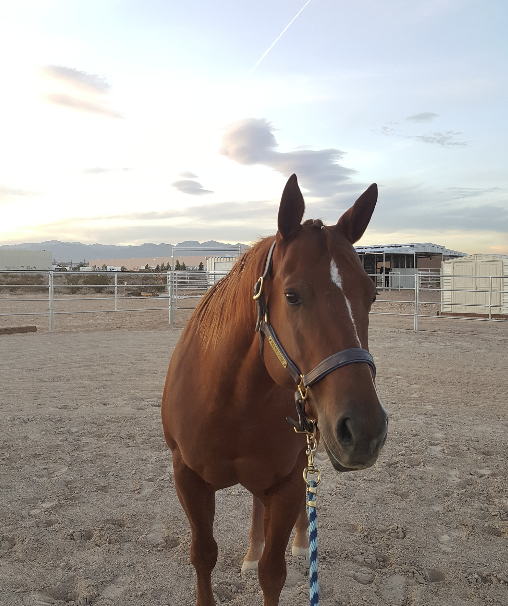 But first – after the show. I was pleased with how she came back from the show and that she didn’t look as sore as I feared she’d be. I could tell from some of the videos where her hips were bothering her, and I’ve been keeping in mind a few videos my mom took for me where she looked extremely sharp in the way she’d lift her right hind. Kind of like snapping her hock up. It’s the only time I’ve seen her do that, and she felt weird that day, so I’m thinking it’s still her hip but I’m going to watch and see.

Oddly enough, though I could tell she was a bit stiff when we started walking, her trot work was some of the best I’ve ever gotten from her. I’ve mostly left her head alone, letting her find the right place as I use leg to remind her to pick her shoulders up, but she reeeeaaalllly wants to be lazy and not go into the bridle like I know she can (and I know part of that is her hip). So I was a little more insistent that she place her head where I’d like it to be, and she did really well. At times it was too low, but I was also glad that she maintained really nice pace through it and didn’t seem to lose her forward. Her left canter was nice, her right one choppy but she really tried, and I left it at that and proceeded to attempt a really good 2pt time. Aaaaand only did slightly better, but we’re working at it though!

However, it was also so weird because before and after the ride, she tripped and went down on her knees – outside the arena. The first was because (I’m 99% certain) there was a hump in the ground, she hit it with her right leg and then her knee just couldn’t lock and she went down. I checked her out and walked her out a bit. She seemed to buckle slightly again, like she hit a rock or something. It was a bit strange, but she seemed okay, so we rode and no tripping in the arena. After the ride it looked like she stepped on some pretty sharp rocks by the gate and almost went down again. 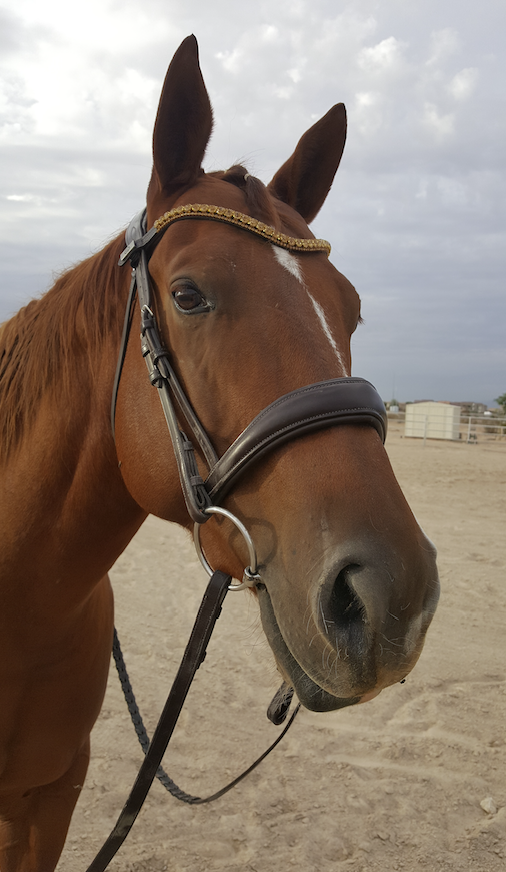 Her knees have buckled before – both of them while riding (especially on trail if she hits a sharp rock) but only ever at a walk. Never when she’s trotting or cantering in all the years since her knee injury. And she’s never gone down like this before. I do know that sometimes she’s not the brightest about where she’s putting her feet. She’s just not paying attention, and that’s usually when the buckle happens; it also happens when the arena sand gives way a little too much. But it was just extremely strange, and it does worry me.

So, since Thursday I drove her to the vet for an appointment to get her SI injected, I talked to the vet about it. Thankfully, he didn’t seem worried about the stumbling. Said he couldn’t notice anything in her front end that would suggest a problem, but did agree with me that she was really sore in her hips. He actually saw a bit of “off-ness” in her left hind, but said that the SI for right now was a good place to start and we’d go from there.

For about 2 weeks now she’s got some very light work ahead of her, but like I said above it works out perfectly since all I’ll probably be able to do next week is walk anyway, so that’s a plus. Nothing stood out to him for me to really watch in the next few weeks, so we’re crossing our fingers that it’s just general soreness and this injection really helps!

It also turned out super productive because the vet’s assistant does training and lessons as well, and trains out of the same barn that the dressage trainer I’d like to see does. She was really nice, and really seemed to love Amber, so I’m thinking of starting lessons with her. She also knows another vet’s wife who loves eventing, and has a huge field full of xc jumps. That’s only, like, 40 minutes away. Um, YES!! So I grabbed her number, and hopefully after the show and a bit of rest, we’ll grab a few lessons! A very productive day indeed.