Maybe I should start calling these Review Wednesdays or something because for some reason I seem to have posted a lot of reviews on Wednesdays. All except two of my reviews were posted on a Wednesday. Perhaps it’s because I don’t have a life on Tuesdays? Yeah, that’s probably it. Although I don’t have a social life pretty much all the other days either…. but on to the review.

I bought these basic brushing boots sometime in 2016. Probably around October or November. I’ve used them and used them hard, and so far, I really like them.

My favorite thing about these is the gel insert in the middle panel on the inside of the boot. This way if a horse knocks his leg with his foot, the gel absorbs the majority of the impact. This way, your horse’s ligaments and tendons and cannon bones stay safe. So far these have remained very breathable and they clean up well. 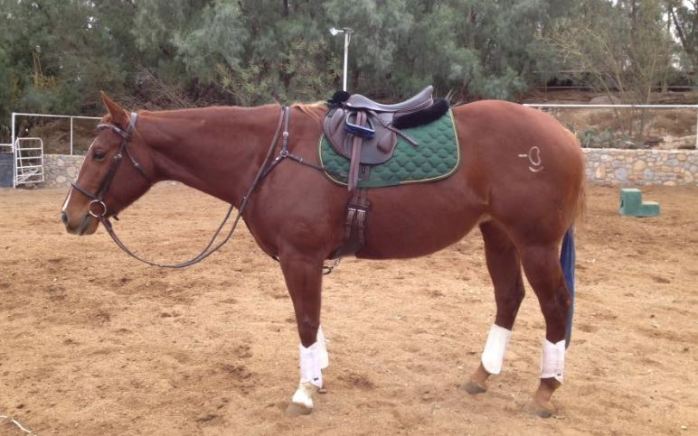 I also really enjoy their price point. At only $20 for a pair – and I got mine for $16 a pair on sale – they really feel like a steal. The picture above was taken after a ride, and since I do not close my boots tightly, they did slip down a little. Both pairs are size medium. The medium is a little big on her front legs, but I think the medium fits her hind legs very well. Unfortunately, I don’t think the boots come in small – just medium and large.

The four Velcro straps are a little tedious, but it doesn’t really bother me. I find that these are my go-to boots when I’m having a taxing ride or lunging the horses when they haven’t been out for a few days. Whisper is prone to knocking herself when she gets excited while lunging, so these are a staple for all 4 legs when I lunge her. Amber is pretty smart about her legs but when she’s in a playful mood when we lunge it’s either all four feet or the back ones.

For most everyday things, I really like using these boots. You do need to be careful with how tight you fasten them because there isn’t any elastic in the Velcro straps. They’ve held up well to my abuse and the Vegas red dirt, and while the white will never stay truly white unless you probably wash them with bleach, I think they’re a great boot for the price.

There’s no real “magic” to them, but I like these better than the Pro Choice SMB boots as well as many other splint boots. I think that gel insert provides a lot better protection against cold splints and potential soft tissue injuries. For me, it’s a great deal! 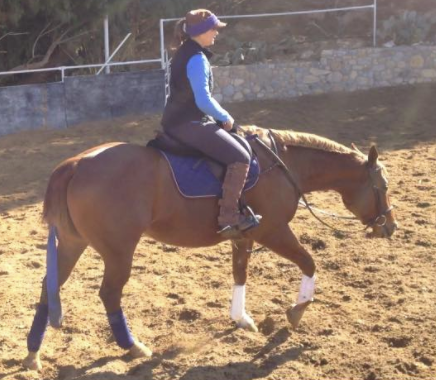 ← The finer things in life
The GSH →