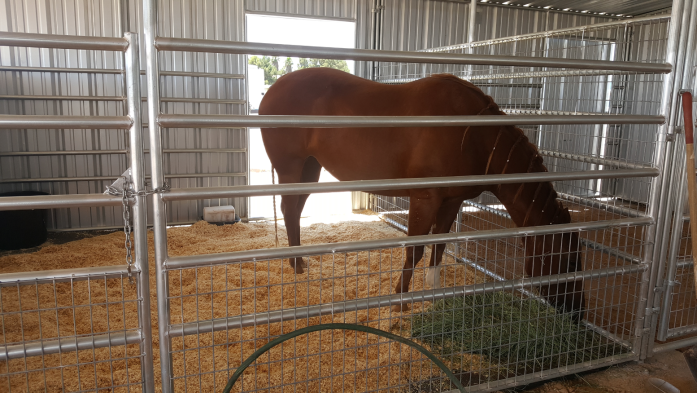 Okay, had to get that out for you guys. They’ve been at home since Saturday morning. But more on that later. Also, be prepared for a photo dump because I was able to get tons of media this weekend.

As a weekend recap we’ll start by saying Thursday was a late night and it did not set me up for success on Friday. I even dreamed that I was crying trying to shut off my alarm, before waking up and realizing that was why I was dreaming about alarms. Unfortunately, I also work the front desk. I need to be polite and personable and people for some reason lose their shit when I have a day when I want to go be alone and not talk to or see anyone for the whole day. Which honestly is most days, but I am always pleasant on an early day because I can see and ride my pony after work. But whatever, I digress. I’m not a morning person, I’m not a “let’s hang with people all day” person and I’m not a “let’s always do stuff together in the evenings” type of person, but I’m a generally happy person. Which could be why they freak out, but seriously guys, it’s not the end of the world. It’s not that I don’t get angry and grumpy and upset and pissy about things, I just usually do that around good friends and I try not to bring that to work. However, I got pretty pissed Friday because freaking adults can’t act like responsible adults.

Those of us bloggers and readers who follow Amanda Chance know she has told us about her sock collection numerous times, and as I reading an older post of hers, there they were popping up again. So “FINE I’LL GO LOOK AT THEM” and it promptly turned into one of the best parts of my day. I mean seriously, who doesn’t want socks like these?

Or these awesome ones? 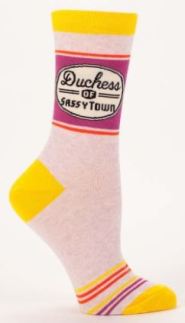 Or what about this one that totally pertains to me?

You can buy them here for $10; a little pricey for socks probably but hell I love them already and I don’t even have them yet. Pretty sure I just spent about $100 on socks. I mean, I do actually need new socks, so this was totally justified. Because these had me in stitches. Absolutely made my day so much better. So really, I needed these.

The other best part was my mom texting me that she called our final inspector, and he answered that it was okay if we bring the horses early! Because of paperwork needing to go to 3 different departments, and the county is never fast with these things, I was completely resigned to have to wait until the 28th, maybe even the 1st of July before we could move them. It was so nice to be surprised! So it worked out that we’d already put mats down, smoothed out the sand, and I had a desire to grab some hay from our local shop Thursday evening. I mean, why not be prepared? Good thing I was, because usually I’m a procrastinate-till-the-last-second type of person.

So after work I met my mom at another local shop and grabbed shavings and a few other odds and ends we needed. Saturday we gave them a quick bath since we’ve got a bit of work to do before our wash area will be usable, said goodbye to our good friends and headed home. We lunged them in the new arena and they absolutely loved it. It took a bit for Amber to settle in, and she was especially temperamental when we took Whisper away to lunge her. Even though she can see her it was horrible if they weren’t across from each other. Horse logic I suppose? Whisper was fine at first, then something kind of startled her and she didn’t settle for the rest of the day.

My mom agreed to go with me to photograph the clinic. I got the videos from my lesson, but the resolution is all messed up so it’s this blob of blur happening and you really can’t see anything. My phone takes awesome res photos, so I was happy to have her there to take plenty of pics so I could see all that needs work.

It was a really good clinic. There was only one other person there since the others had to reschedule for various reasons, but 3 of Instructor’s students were there as well, so it was a really good time of feedback, encouragement and horsemanship. The grids were a lot more challenging this time, and it really had us working. Instructor also incorporated many different body positions to help improve balance and to give us even more of a challenge.

Amber was a charm. Considering the move just a day prior, I was a little nervous that she’d be distracted since I hadn’t ridden her since Monday, but from the moment I hopped on she was extremely rideable and ready to work. She definitely remembered from last time, but still had to knock the poles a few times before she realized they had height difference and she had to be a little more focused and judge them better. Overall though she was fantastic. Although I haven’t gotten to ride her this past week, we felt more in sync than we did at the last clinic. It’s weird because while there weren’t as many ah-ha moments like the last time and though we felt more connected, we were a little more wobbly on some things but it felt good. You know what I mean?

She misjudged a few of the cavaletti a few times, especially the fan one. When she got a little tripped up she did this tiny canter and got herself out of it. While she wasn’t supposed to canter, she was smart with her footwork so I’m actually quite proud of her for it. After those two times she had a split second to canter and totally switched up her feet mid-poles and completely worked it out. I was super proud of her for that too. At the moment, it’s little things, and I’m honestly happy that she’s being smart with her footwork and really trying and committing to going for it instead of backing off and giving up. And she so wants to please and do it right.

I’m crouched a little low – all my old hunter habits coming back as well as I’m just not body strong yet at all – and my hands and elbows and feet and everything isn’t perfect, but it’ll all come with time, work and shorter stirrups. I’m slowly putting them up since I’m currently used to western stirrup length, so it’s all a work in progress. But it still felt really good today.

It was really nice to see just how much this little girl wants to leave those poles alone. She was absolutely fantastic and I couldn’t be prouder of her with this outing. It also really showed that even with those strange days last week, we actually look a little better than last time, and for sure I feel like we did better. We had more misses, but it really drove home the good feelings when we got it right.

What also really impressed me was how honest she was even after she felt like she was nearing her limit. Twice she really tripped from not judging the height of the pole correctly, and due to my light hold on the reins she took them out of my hands, but there was no doubt she was finishing the grid. I just sat back and she got herself up then finished the grid with her ears pricked. It was a kind of “crap” moment for me, so I just sat back and didn’t do anything, but I was so proud of her for catching herself and still going. It was just really nice to know that she was so honest through it. It was a proud mom moment. Plus, she really felt like she was driving with her butt the whole ride. Most of the “pushing off of hind end and going through the back” things I’ve read have had the lower hind leg angle match the opposing forearm angle.

We weren’t in frame most of the time, but I feel that that will come in time as long as I am diligent to keep her forward and working off her butt. Although her butt really doesn’t need any more muscle….

I know, I’m probably gushing way too much and making you guys roll your eyes but I was so damn pleased with her Sunday. We even absolutely nailed two canter to trot transitions to go directly into a grid and stop. I was so proud of my baby girl.

I really had plans for the rest of the day, but I really got nothing done. There was a Get Smart marathon on, so I just sat on the couch and watched that and went to bed at 9. I know, I’m old, but I think all of us get there at one point. Today is going to be another long work day and hopefully I can hack around tonight in the new arena.

← Randomness and ramblings
The finer things in life →