Weekends are for nothing

Because let’s face it, I really didn’t do anything. Unless you count finally sorting all of my tack that I need to sell/give away. Thursday and Friday Amber and I didn’t do anything in terms of excitement – mostly just more long warm-ups, trot sets which are not quite trot sets yet, and just continuing the every day getting her used to more contact. 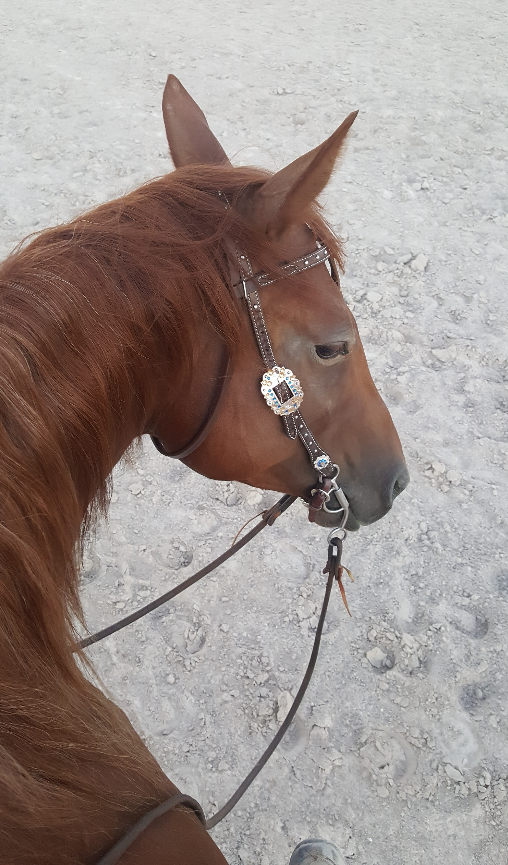 Saturday was a little more challenging. I think she’s still getting over whatever issues she had at the old place. I can tell the areas in the arena where she gets more looky and a little more spooky are the exact same spots at the other arena. Not that she’s bad, she just really loses focus and concentration so we’re working on building that up. I think she’s also still prone to protecting her hind end from too much load weight, but so far she’s continued to stride very well, and despite an occasional trip while we still work on the footing, she still feels super every time I bring her out. It’s slow going, but I’m just very happy that “issues” we need to get past are now more mental and not because she’s physically in pain. Win!

Now that I’m getting her out almost every day, I can tell she’s happy when we finally get out there, hop on and we have a purpose once again. But, I don’t think she’s happy we’re now riding a lot more, and she has to work the fat off. She’s really beginning to perfect The Mare Glare. Because of course, working off fat is Amber torture.

But we finally had a super long “trail ride” around the empty lots. It was a really nice way to end the day, let them cool out after some work-intense rides and refresh their brains.

I had to then get my truck in to fix the AC, and long story short had to shell out more than $500 because they installed a part I didn’t need. And of course, the part that they replaced wasn’t under warranty, and the part that was wasn’t specified in the old invoice, and I didn’t understand what they’d told me the first time so I told them to proceed….. It was a shit show basically. So now I really need to sell more tack.

Sunday was better – hadn’t planned an arena ride but I was glad I did. Amber was really listening and trying and being so good. Recently she’s been cantering okay if she can lean on me a bit, but when I let her go she just really falls to her forehand and “runs off”. But yesterday she really tried to keep it together for me so we kept it short and sweet. Now we just need to rebuild those self-carriage muscles.

We went around the lots by ourselves this time, and it was really good because I got to feel a few things on her that I’m not used to and haven’t really felt before. I think I actually got a feel for “behind the leg”. Cool experience but not that cool to feel. Eventually though she did settle enough to really power walk but at least we were walking. We nearly ran over some cacti, and though she called for Whisper she was really quite manageable. Not stupid at all. Just jigging a bit but overall I was pleased with our first outing alone. And of course I was a terrible blogger and got no pictures of that.

I’m not too pleased about the forecast of thunderstorms for the entire week, but usually here it’s a deluge for 15 minutes and then it’s done. Rarely rains through the whole day, so I should be able to get some more good rides in this week.